In 2018, Maine became the first state to use the alternative voting method ranked choice voting1 (RCV) in federal elections. That’s good because it meant that Maine stopped using our ubiquitous choose-one voting method—largely regarded as the worst single-winner voting method there is.

Keep in mind, however, that the current bar we’re pushing past—our choose-one voting method—is an especially low bar. That voting method breaks at the slightest hint of competition beyond a second candidate.

That said, it’s important to give the benefit of the doubt to media and those who advocate for RCV. Voting methods are complicated and not intuitive in the slightest (even when they appear to be). So, it can be easy to make mistakes.

A Primer on RCV

Let’s recap how RCV works. Voters are asked to rank the candidates on their ballot from most to least favorite. Sometimes voters are limited to three rankings, but other times there’s no limit. That’s the information component, just ranking, though it can be more demanding if you have a bunch of candidates.

The calculation component is more involved. Candidates with the fewest first-choice votes are sequentially eliminated and those next-preference choices transfer over in subsequent rounds. That continues until there’s a round where a candidate has more than half the remaining first-choice votes.

Among single-winner voting methods, this one is moderately complicated. For a visual, here’s a video from the Maine Secretary of State on how RCV works.

1. What RCV Doesn’t Do: Guarantee A Majority

There are a couple issues to consider here on the majority concept. One is ballot exhaustion. Ballot exhaustion is probably the more common criticism of RCV’s majority claim. Ballot exhaustion is when a voter’s ballot preferences get eliminated so that nothing carries over to later rounds. This means that the majority RCV arrives at is only within the remaining ballots rather than the original ballots. If you look closer at the Maine example video above, you’ll see that was the case there, too. The winner had fewer than half the votes of the original ballots.

To be fair, if we were to do a traditional runoff, a lot of those voters wouldn’t come back a second time. We might look at that as a kind of voluntary—and perhaps a bit literal—ballot exhaustion. Still, it’s important to be clear that RCV isn’t talking about a majority of all the voters who casted a ballot. It’s only talking about the remaining ballots.

A more pointed objection is that much of the time RCV isn’t getting any kind of majority at all. Rather, it’s contriving a majority by artificially narrowing down the candidate field. RCV knocks out candidates over each round, but sometimes it knocks out good candidates by mistake. (You’ll learn more about how this goes on in the RCV vote splitting section.) You see, any voting method that finds some way to knock out candidates until two remain will get a “majority”. But that “majority” is contrived and merely a byproduct of having two candidates remaining.

Vote splitting occurs when voters must decide between candidates with overlapping similarities. When this happens, vote splitting decreases the support among those similar individual candidates. On the surface, with all the ranking transfers that RCV does, it looks like RCV addresses the vote splitting issue. But it only does so a little bit.

An example of RCV behaving well was the recent RCV election in Maine where a third-party candidate with little apparent support divided the vote between another liberal candidate. Once the third party candidate was eliminated for having the fewest first-choice preferences, those votes overwhelmingly went to the Democrat. So while some liberals got to vote for a third party, it didn’t cost them the election. That’s because the independent’s votes transferred over to a stronger candidate.

This scenario where an unpopular candidate shares support with a leading candidate is where RCV performs best and is clearly superior to the current choose-one way of voting. In competitive elections, however, more than two candidates can have significant support. And there, RCV has a tougher time.

Here’s an example of one such election in Louisiana that included a runoff. And though it was a runoff, the mechanics played out the same as in an RCV election2.

The 1991 Louisiana gubernatorial election was a close three-way race between Edwin Edwards (34%), David Duke (32%), and Buddy Roemer (27%). Another candidate, Clyde Holloway, was in fourth with 5%, while the remaining candidates had less than one percent.

Roemer was the incumbent governor. Edwards was suspected (and later convicted) of  corruption charges, while Duke was the Grand Wizard of the Klu Klux Klan. The vote mainly split between these three candidates. This vote splitting caused Edwards and Duke to go to the second round instead of the more tame candidate, Buddy Roemer.

It’s also clear that Roemer was the preferred candidate. In polling that was able to compare candidates head-to-head, Roemer was preferred in 2-way races with both Edwards and Duke.

So what happened here?

When we see close elections between three or more candidates under ranked choice voting, we can expect this randomness to carry out again because of this first-preference vote splitting. Primaries would be particularly dangerous territory where you tend to have many competitive candidates with overlapping ideology. Further, with competitive elections there’s a tendency to squeeze out the center candidate, as described in the figure below, which would favor more extreme candidates (as was the case in the Louisiana election). This is called the “center squeeze effect”.

That’s not how you want your primary elections decided, which makes RCV a particularly bad choice for those elections. RCV does mitigate these scenarios ever so slightly compared to our choose-one voting method, but RCV is still highly vulnerable to the center squeeze effect.

3. What RCV Doesn’t Do: Always Let You Honestly Rank Your Favorite Candidate First

Admittedly, RCV does let voters get away with ranking their favorite first in two situations. But it can get dicey if you’re unsure whether you’re in one of those two situations.

Need a visual? No worries. RCV can get complicated.

Burlington voters have since chosen to repeal RCV.

And this scenario will happen again.

4. What RCV Doesn’t Do: Work In Presidential Elections

Some folks even want to use RCV in presidential elections already. This would be a terrible mistake and a logistical nightmare, with or without a national popular vote.

Even under a national popular vote, RCV faces enormous technical hurdles. For one, the nature of RCV tabulation requires that all the ballot data be centralized for tabulation. This creates both security and logistical concerns. Just try getting all the raw ballot data together for all 50 states with all their individual precincts.

Realistically, you’d have to deal with holdout states still using our choose-one method, even if you had a national popular vote. But you can’t add RCV and regular choose-one ballots together. It just doesn’t work. You really realize RCV’s technical limitations when you consider the most viable approach to a national popular vote, which is through an interstate compact (though perhaps in some iteration other than its current form).

RCV’s complex tabulations don’t show support for candidates’ rankings once a candidate is eliminated. This can hide a lot of support for third parties. Below is a very common tabulation table for RCV.

Compare this to other methods like approval voting that show all the data at once.

Also, according to Duverger’s Law (a political science concept), a voting method needs to have at least one of two features to encourage third parties. It needs to either (1) have a lower vote count threshold for a candidate to be elected or (2) allow voters to honestly support their favorite. RCV does neither of these things.

Sometimes people get confused about RCV’s support for third parties. In these cases, they tend to be thinking about single transferable vote, a different multi-winner voting method that is proportional. These two separate voting methods behave very differently.

Don’t Forget Your Other Options

These big RCV claims were all made by either large media outlets or by advocacy organizations themselves. These false claims are common and rarely questioned.

Mind you, this is not a call to get rid of RCV. Where RCV has been implemented, it’s moved us past our choose-one method, and that’s a good thing.

This is a call, however, for outlets to be careful of the claims they make and to evaluate their options beyond RCV. We need to take a closer look at other options. The mere fact that RCV elected someone is not enough cause to celebrate. If we place the bar at merely getting a clear result, then we can hurdle the same bar merely drawing names from a hat. We must set higher standards.

We have other voting method options, and they too need exploring. Approval voting is an obvious candidate. Following decades of research within academia, Fargo became the first city to implement approval voting in 2018. Approval voting does have its criticisms (like any method). But there’s strong evidence that in addition to being far simpler, it also performs substantially better than RCV. It’s much better about vote splitting, you can always support your honest favorite, it helps third parties, it’s workable for presidential elections, and it’s fine for primaries (presidential and otherwise).

The takeaway here is that we have better and simpler options. Let’s look at them before going all in with RCV.

2 Because this was largely a three-way race, voters would provide virtually the same information in both scenarios (traditional runoff and RCV). Both voting methods do the same process when there are three main candidates. For this to not be true, the vote totals from each remaining candidate would have had to go almost perfectly to Roemer. That kind of unanimity would have been extremely unlikely. 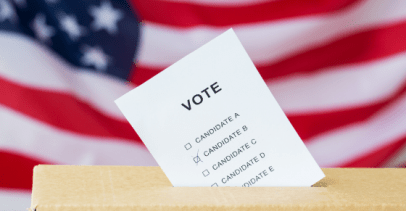 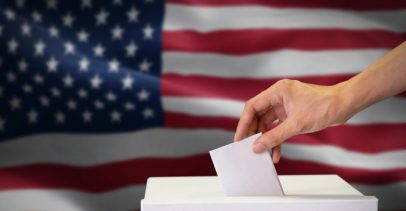 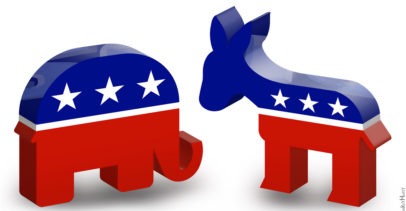 Voting Methods
What’s Up with the Two-Party Domination? My Dive ...