THE CENTER FOR ELECTION SCIENCE

THE CENTER FOR ELECTION SCIENCE RECEIVES $1.8 MILLION GRANT TO ADVOCATE FOR APPROVAL VOTING

Following their landslide victory to bring approval voting to the first city in the U.S., The Center for Election Science (CES) has been awarded a grant by The Open Philanthropy Project to expand on their work. The $1.8 million grant will allow CES to continue to build on its efforts to empower voters through campaigns for better voting methods across the nation through 2021.

“The current voting system is very poor at representing voters’ preferences,” said Will MacAskill, a co-founder and the President of the Centre for Effective Altruism, who recommended the grant. “Approval voting could make democratic decision-making fairer and better at representing the will of the people. The Center for Election Science is an effective organisation working in this area, and I’m thrilled this grant will enable them to continue their important work.”

The 2018 campaign in Fargo was a major win for approval voting, so CES plans to use that momentum to spread approval voting to future cities. Funding provided by Open Philanthropy will allow those campaigns to move forward and enable CES to hire a Director of Campaigns. As a thought leader in the voting methods space, CES also plans to use the Open Philanthropy funds to conduct polling projects to further analyze the impact of alternative voting methods on election outcomes.

With approval voting, voters can vote for as many candidates as they approve of (no ranking), and the candidate with the most votes wins. Voters can always vote for their favorite candidate without worrying about a spoiler. It is a simple yet transformative solution to our current hyper-partisan, polarized political environment.

“It’s easy to be fatalistic about our democracy,” said CES executive director Aaron Hamlin. “But we can’t lie down. There is too much at stake. If anything, knowing that we use such a terrible approach to our elections and that there is such a simple alternative is encouraging. To make that change, however, will include hard work ahead. This grant helps make that hard work happen as we look forward to the next Fargo.”

Electoral reformers achieved a number of alternative voting method related victories during the 2018 election, and interest in finding a solution to our broken political system only continues to grow. Open Philanthropy’s generous grant demonstrates their confidence in CES to be an effective force for change through the advancement of approval voting. Approval voting is a method that would elect more consensus candidates, encourage broader policy discussion and give independent candidates the opportunity to receive a more accurate reflection of their support.

Can you help us continue our work? Consider making a donation that will go towards creating fairer, more representative elections across the country.

The Center for Election Science is a national, nonpartisan nonprofit dedicated to helping the world use better election systems. We study and advance alternative voting methods, with an emphasis on approval voting. We’re passionate about voting methods because the collective decisions we make through voting dramatically impact our day-to-day lives.

The Open Philanthropy Project identifies outstanding giving opportunities, makes grants, follows the results, and publishes its findings. Its mission is to give as effectively as it can and share the findings openly so that anyone can build on them. 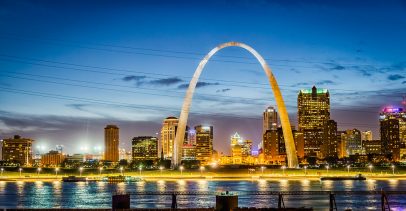