STL Approves, a democracy reform organization in St. Louis, announced on Wednesday that they have collected over 20,000 signatures, twice the amount needed, to bring their measure featuring approval voting to city voters this year.

The initiative, Proposition D for Democracy, seeks to improve city elections through a package of reforms. On Wednesday, city officials confirmed that they gathered enough valid signatures for the initiative to make the ballot—a major hurdle in the process.

The Center for Election Science, a nonpartisan nonprofit dedicated to creating fairer, more representative elections through the advancement of better voting methods, partnered with STL Approves in May of 2019 in support of their effort to empower St. Louis voters and improve city elections.

STL Approves believes Proposition D for Democracy can fix many issues with St. Louis’ municipal elections (Mayor, Comptroller, President of the Board of Aldermen, and Alderman):

In the last five years alone, St. Louis has had eight elections, where the winner received less than 37% of the vote—the result of severe vote-splitting between many candidates. Local activists sought out a solution that would ensure that winners have both broad support and accountability. STL Approves approached The Center for Election Science for guidance, as CES successfully helped citizens in Fargo, ND become the first American city to implement approval voting in 2018.

“I started the campaign for Prop D for Democracy with four other volunteers,” said Tyler  Schlichenmeyer, committee chair and city resident who founded the campaign as a volunteer.

“How far we have come is a testament to how badly St. Louisans want and need fairer elections like Prop D provides. We are proud of our broad grassroots movement, and now Prop D for Democracy could give St. Louis voters a bigger voice and more power to decide the future of our city.”

In a citywide poll conducted by The Center for Election Science and Change Research, the initiative showed strong support across groups, including:

The Center for Election Science is incredibly proud of the work that STL Approves has done to collect signatures and earn buy-in from city residents, including securing a number of high-profile endorsements such as the League of Women Voters of Metro St. Louis and RepresentUs.

“We can’t wait to start the next phase of this campaign, which will involve ensuring that every St. Louis voter understands how approval voting will improve their elections and their lives,” said Aaron Hamlin, executive director of The Center for Election Science. “The citizens of St. Louis deserve leaders who care about them and who truly represent them. That’s what this initiative, if passed, will accomplish.”

Barring any unforeseen circumstances, it’s likely the measure will make the ballot in 2020.

Due to the COVID-19 outbreak, city officials will determine when the ballot runs.

The Center for Election Science is a nonpartisan nonprofit dedicated to studying and advocating for better voting methods to create fairer, more representative elections. In 2018, we helped Fargo, ND become the first city in the US to enact a method called approval voting. 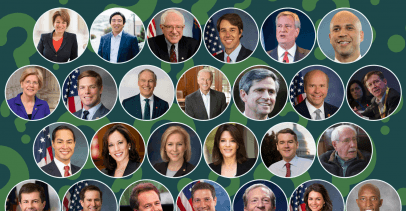