California’s gubernatorial primary results are in, with Democrat Gavin Newsom and Republican John Cox advancing to this fall’s general election. Newsom and Cox received 33% and 26% of the vote, respectively, with Democrat Antonio Villaraigosa coming in third place at 13.5%. Since California has a jungle primary system, only the top two candidates will advance to the general election. That means that about 40% of Californians essentially threw away their votes on Tuesday. 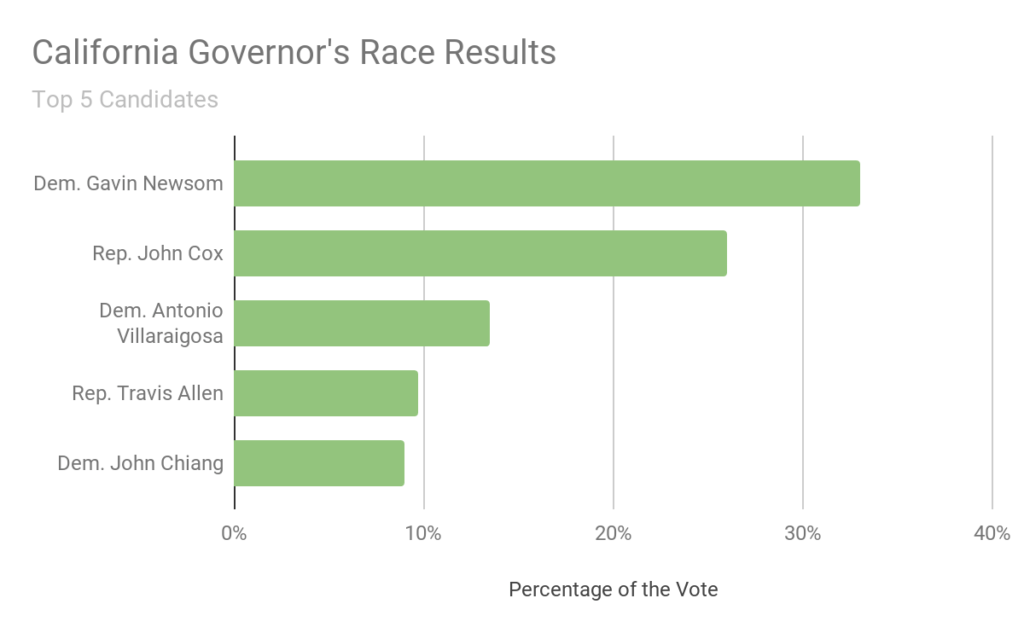 How could this be prevented?

Enact approval voting. Approval voting allows voters to vote for all of the candidates they approve of instead of choosing just one. That means that voters who liked Villaraigosa best but were worried about wasting their vote could have voted for both Villaraigosa (their favorite) and Newsom (the mainstream front-runner). The same could be said on the Republican side, with voters who liked Republican Travis Allen being able to vote for both him and Cox without betraying their favorite or spoiling the vote. Instead, voters were forced to choose only one candidate, leading many to vote strategically for a party front-runner instead of their favorite. The 40% who did choose to vote for their favorite outsider candidate had their voices silenced, a price they paid for voting their conscience.

Many Americans are frustrated by our current political system, and they are tired of having to choose between voting strategically or voting their conscience — a choice many Californians had to make this week. But we can change that by enacting approval voting. Approval voting allows voters to fully express their opinions and always vote their favorite without fear of spoiling or splintering the vote.