There’s an additional odd ceremony at the end of each president’s term. That’s the new administration undoing the work of its predecessor. At CES, we’ve breathlessly pointed out how our current choose-one voting method squeezes out candidates from the middle and marginalizes new voices so that many of us are left unheard.

This voting method that we’ve come accustomed to produces a dangerous pendulum effect.

As we know, a pendulum’s swing does not make forward progress. And so it shouldn’t surprise us when our government fails to act in our interests. Indeed, the worst kind of pendulum—the torture kind—progresses loomingly downward.

What we saw Wednesday was alarming. We saw a mob fueled by a refusal to accept the political pendulum’s swing in the other direction. This mob’s intent was to halt the peaceful transition of power that our nation is so proud of. By definition, this was an attempted coup d’état, an event that the US usually shames other nations for.

The mob was disruptive, violent, and delayed the proceedings to change our nation’s president. For the first time, the flag from the losing side of a civil war was carried victoriously through the halls of the Capitol—an event hundreds of thousands died to prevent. The mob entered by breaking in windows. They proceeded to empty out congressional halls and destroy the offices of our representatives.

The extent of the mob’s success was surprising to many. The Capitol police’s lackadaisical response to the mob, despite ample notice, starkly contrasted with the heavy-handed tactics used against peaceful protesters throughout 2020. It didn’t help that the person responsible for sending more ground support—the President—was the same person fueling the mob. Shockingly, the Vice President made the decision to add reinforcements, hours after the mob had already begun rioting in the Capital.

All of this makes clear that how we elect people matters.

The status quo isn’t working. When voices are marginalized and there is little political stability over time, we all suffer. Citizens lose faith in their government and institutions, resulting in further division. This, of course, is not to say that we should discourage dissent. Rather, we need to fix the root of the problem.

Fixing the root of our democracy is what we do. Approval voting—letting voters support all the candidates they desire—does just that. This simple change encourages consensus winners and makes sure everyone’s voice is heard. You don’t have wild swings in government with consensus candidates.

Yesterday was the first time since 1814 that the Capitol was breached by violent forces. But if we continue on a similar path, it may not be the last. We can’t sit back and wait to see when another coup attempt during a transition of power will occur. It is our duty to be proactive so that it doesn’t form.

We don’t have to wait in fear for the eventual day that our democracy ends. We can still change the outcome. But our democracy needs to be both stronger and fairer to survive.

We believe there is a future for American democracy where voters are empowered, government is responsive, legislation is just, and good ideas thrive. But we have to fight for it.

Join our mission. Our goal is not just to bring approval voting to cities and states. It’s bigger than that. We need to fix our entire nation’s electoral system. We can use that pressure at the city and state level to push a tipping point where we take approval voting all the way to the top. 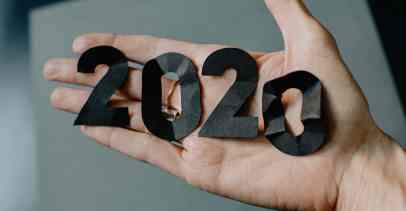