I want to make a huge impact on people’s lives. Specifically, I want to help grow our nation’s economy with opportunity for all, provide affordable high-quality healthcare, spur technological innovation, improve education, reduce poverty and crime, secure our homeland and clean up our environment, to name just a few areas. To accomplish all this, I recently joined the board of, you guessed it, the Center for Election Science! 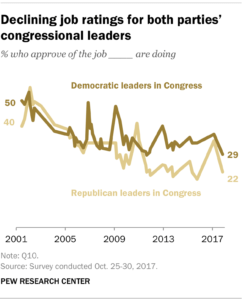 We Americans are increasingly dissatisfied with our elected officials. Our electoral system is supposed to choose leaders reflecting the will and pleasure of the people. But this system shortens the list of candidates on the ballot, severely restricts what we can say about each candidate on the ballot, and compels many of us to vote dishonestly. If the current voting method continues, our nation is doomed to failure. Implementing a better method called approval voting, however, would readily reinvigorate our

Single-choice voting stops candidates from running. For example in 2016 Bloomberg did not run for U.S. President to avoid spoiling Clinton’s campaign. For prospective candidates less wealthy and famous, ballot access laws are often formidable barriers to entry that restrict competition and voter options. States enact these laws to counteract single-choice’s malignancy of splitting the votes between similar candidates. 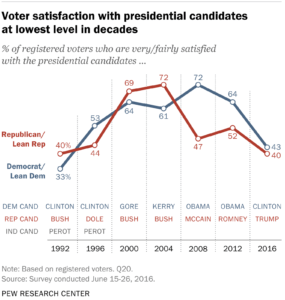 Single-choice voting compels many of us to vote dishonestly for a candidate who we think can win based on his/her perception, rather than for the candidate who we think should win based on his/her merit. Any vote for a third-party candidate will almost surely be wasted because such candidates are perceived as unelectable. So our general elections inevitably devolve into a choice between the lesser of the two evils from the Republican-Democratic Duopoly.

This falsely stereotypes practically all of America’s over 250 million unique voters as either Republican or Democrat because single-choice prevents them from expressing their more diverse and nuanced opinions. We begin far less polarized than how single-choice portrays us, but then perception becomes reality and we see single-choice’s insidious divisiveness, restraining competition of ideas, entrenching the Red-Blue Duopoly and fomenting gridlock. 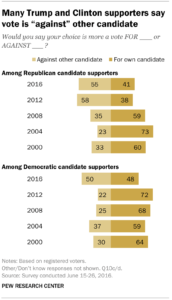 If you don’t pull up the roots the weeds just grow back.

We must reform our democratic system at its very root: our voting method. Let’s start with a simple observation.

The fact that we can only have one winning candidate does not justify suppressing every voter’s voice regarding any more than one candidate!

In this case the simplest solution works exceedingly well. We should adopt approval voting, whereby each of us can vote for (or approve) one or more candidates, and the candidate approved by the most voters wins. This option to approve more than one candidate (approving each candidate no more than once) lets voters say much more about how they feel about all the candidates. Each voter would still be given only one ballot, and one and only one chance to express their opinion on the whole slate.

Voters can always approve their honest favorite, even from third-parties, because they can still hedge their bets by also approving compromise candidates. With approval voting, electability and vote splitting by spoiler candidates become non-issues, ballot choices increase, and voters can focus just on the merits of each candidate. To win broad approval, candidates would have to appeal to all voters instead of the partisanship, pandering, and mud-slinging we have now. And with approval voting’s greater choices and freedom of expression we can expect a substantial increase in voter turnout and civic engagement.

By selecting the winner as the candidate with the highest approval rating from among all voters, as opposed to being chosen by just some majority of voters, approval voting outcomes best reflect the will of all the people and not a tyranny of the majority over a disgruntled minority.

“I never worry about action, but only inaction.”

Single-choice renders our democracy ineffective by denying all of us the right to fully vote. But this violation of voting rights is obscured because single-choice does not discriminate against any particular group of people; rather it deceives us as being fair because it censors all voters equally. This suppression of voting rights is also hidden by the fact that there is no particular group of human oppressors for us to target; we are all guilty of allowing single-choice to continue as our voting method. Single-choice masquerades as a necessary component of any democracy simply because most Americans are not aware of any other voting method.

Let’s purge this systemic flaw infecting our democracy that is single-choice voting. Adopting approval voting would restore power to the electorate, foster competition of ideas, increase choices, hear more from voices, hear from more voices, and elect truly representative leaders to be able to tackle all the daunting problems facing our nation. Join me in supporting approval voting and the Center for Election Science, and help our government by the people thrive for centuries to come!

ABOUT THE AUTHOR
Jon joined the CES board in 2017. He co-founded Grenian Capital, LLC in 2011, an investment firm trading environmental commodities to finance new renewable energy and green infrastructure projects. Previously, Jon spent 30 years in reinsurance as a senior executive at AIG, MetLife, and founded a new reinsurer backed by Morgan Stanley. A native New Yorker, he is also on the board of the Bronx Science Alumni Foundation. Jon is a Member of the American Academy of Actuaries and holds a B.A. in mathematics from Harvard University.
previous POST Next POST