5 tips for talking to your friends about approval voting

It’s election season, and we all know what that means—lots of arguments with friends and family over politics! Unfortunately, our choose-one voting method has helped create a toxic environment where the two major parties—and their supporters—are pitted against each other every time an election rolls around.

So much division, so much conflict—despite the fact that 71% of Americans say we have more in common with each other than many people think. While our choose-one voting method is not the only reason our nation has become politically polarized, it is one of the major causes.

This election season, instead of arguing over candidates, I want to challenge you to take the opportunity to introduce your friends and family to approval voting.

Our voting method affects nearly every aspect of our lives—from the issues that get discussed on a national stage to the candidates who appear on the ballot to the policies that actually get implemented when a candidate is elected. This gives you lots of opportunities to connect approval voting with the political process and help others see how our elections could be better.

Not sure where to start? Well, you’re in luck. I spend a lot of time talking to people about approval voting and our broken choose-one voting method. So, here’s my 5 step guide for talking with your friends and family about voting methods this election season.

If you’re a voting methods enthusiast, it might be tempting to mention concepts like favorite betrayal, Condorcet winners, the monotonicity criterion, or Bayesian regret. Those concepts are perfectly fine when discussing theory with other voting method reformers. But in my experience, using that sort of terminology is not likely to help you when relating to the average person.

Many Americans don’t even realize that there is more than one way to vote, and they certainly don’t know about Marquis de Condorcet. Start with the basics, avoid jargon and math talk, and make the idea of alternative voting methods as accessible as possible.

For explaining approval voting itself, keep it simple and to the point. Something like this:

“Approval voting allows you to vote for as many candidates as you like, and the candidate with the most votes wins. That’s it!”

We all know there are a ton of reasons to support approval voting, but get them comfortable with the idea before jumping in too deep.

I mentioned that you should try to make the idea of alternative voting methods as accessible as possible. So how can you do that? Show people how approval voting would have an impact on their daily lives.

Right now, many people are simply struggling to get by. They’re worried about getting sick with COVID-19, wondering how they’ll pay their rent this month, or trying to figure out childcare for their child who is attending school virtually. It’s important that we show people how approval voting can have a positive effect on the issues they face every day.

Most of these big issues, from healthcare to housing to public education, are affected by public policies—policies written by the candidates we elect with our choose-one voting method. Furthermore, there are many issues—like environmental action and universal background checks on gun purchases—that the vast majority of Americans agree on. Yet our elected officials refuse to act, as they are beholden to the small fraction of voters or big-money donors who got them elected under our terrible choose-one voting method.

Find out what issues matter most to your friends and family. Then, help them understand that the issues they care about would likely get more attention under approval voting.

I don’t know about you, but my social media feed lately is filled with a lot of people complaining about politics. Some are complaining about having to choose between the “lesser-of-two evils”. Others wish they could vote for third party candidates like Jo Jorgenson or Howie Hawkins, but they don’t want to “throw away” their vote. Others have said they don’t feel like Joe Biden really represents what Democratic primary voters truly wanted.

If your social media feed looks like mine, introduce your friends and family to approval voting! Let them know that if we improved the way we vote, they would actually be able to show support for their favorite candidates—regardless of how “electable” they are. And in large primary election fields, they would be able to vote for all of the candidates they like without worrying about splitting the vote among candidates with similar platforms. This means that the nominee would be truly representative of what primary voters really want.

Elections don’t just happen at the national level, but unfortunately, that’s where most of the attention goes. Important decisions that affect your daily life are made in city and state races. City council and mayoral races also often have very large slates of candidates, meaning lots of vote-splitting. In St. Louis, for example, candidates have won races for ward alderman with less than 30% of the vote thanks to vote-splitting.

If there are any contentious local races going on in your area, use that as a jumping-off point to talk about approval voting with your friends and family. Local races often have the advantage of being less polarizing than national elections, and they tend to have very tangible outcomes that are felt by residents. In my small hometown in Ohio, for example, the constant refrain is, “Why don’t they put this money toward fixing our roads?!” Who you elect at the local level could result in more or less potholes on your street!

5. Speak from the Heart

The best piece of advice I can give you is to speak from the heart. It might sound corny, but it’s true. In my experience, I’ve found that when I really tap into my own reasons for being passionate about approval voting, I’m much more persuasive than when I use talking points that aren’t really relevant for me.

Have you ever felt pressured to vote for a candidate you didn’t like because your favorite wasn’t “electable”? Are you tired of politicians ignoring a policy issue that’s really important to you? Have you felt conflicted during a primary election because there were multiple candidates deserving of your vote?

Think about your personal “why” for supporting approval voting, and tell your friends and family about that. Don’t worry about statistics or political buzzwords. Simply talk about how your life, and theirs, would be improved by having fairer, more representative elections.

The take-home message here is to not forget about the human side of voting methods reform (as our National Campaigns & Advocacy Coordinator so beautifully described in her recent blog post).

Elections are full of politicking, poll numbers, and policy proposals. But behind it all are real humans whose lives will be impacted by the outcomes of those elections. Find out what’s important to the humans in your own life, and speak to that. You can’t go wrong. 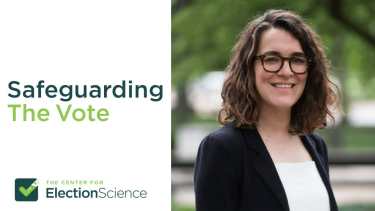 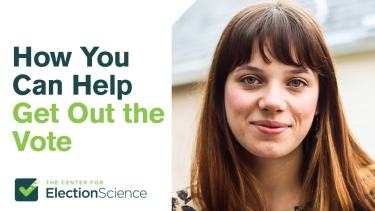 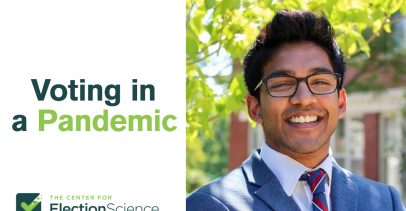 Commentary & Analysis
Voting in a Pandemic: What You Need to Know